G: The presence of purulence has been regarded as a definite sign of infection (Zimmerli et al. 2004, Parvizi et al. 2011b) but it remains a subjective measurement (Biant et al. 2010, Blumenfeld et al. 2010, Molvik et al. 2010). The presence of purulence was therefore only regarded as a definite sign of infection if supported by other observations (e.g. elevated CRP or positive intraoperative cultures) or if negative intraoperative cultures could be explained by previous use of antibiotics. 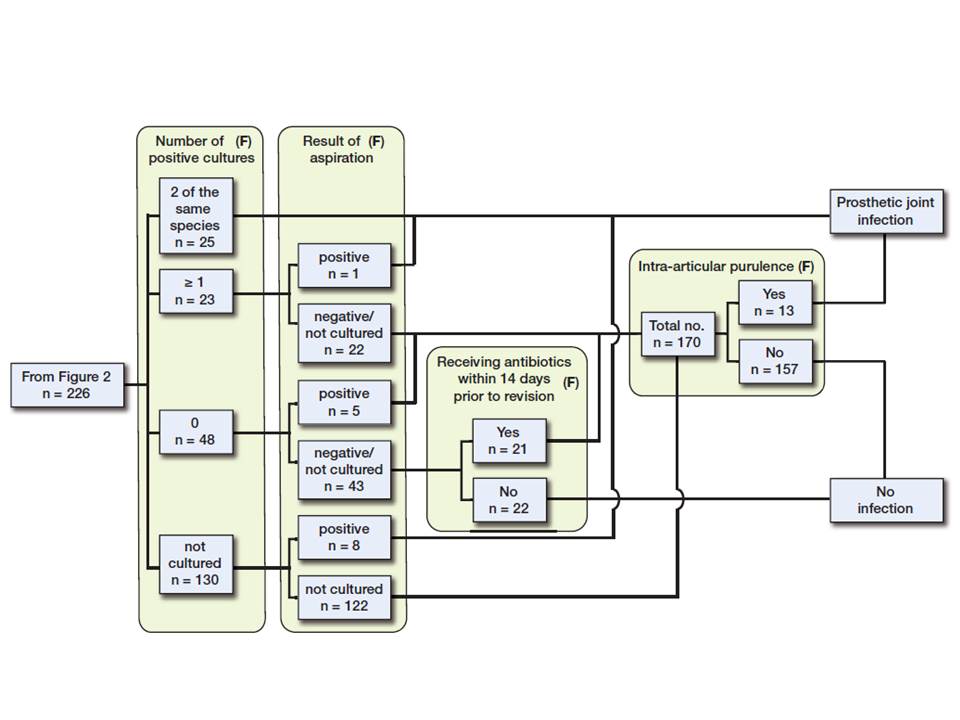 Gå tilbage til forrige side